← more from
Ahead of Our Time
Get fresh music recommendations delivered to your inbox every Friday. 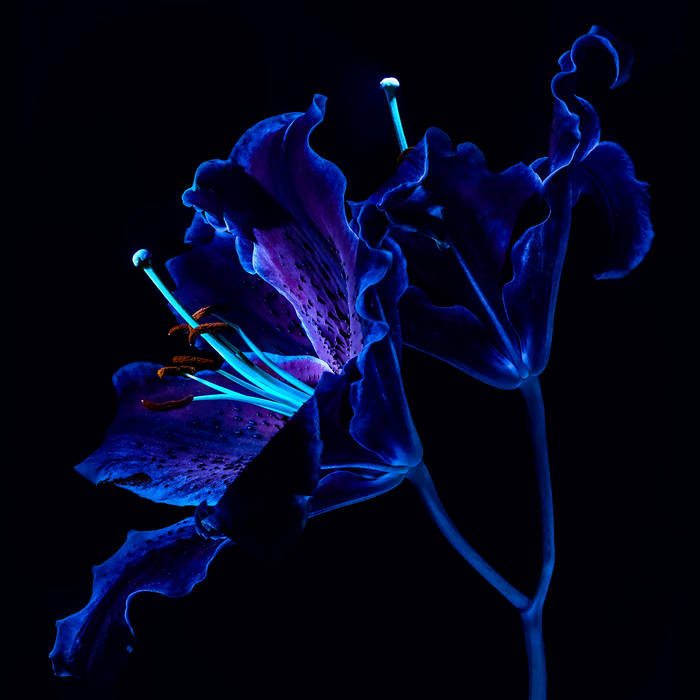 ‘Modulations: EP2’ is a collection of original compositions, Heather’s first in 4 years, which documents his deeply personal connection to the piano. The release follows a journey from the tragic loss of his father through learning to cope, existential rumination and ultimately, optimism; a journey which started back in 2017 and during which the piano has been ever-present.

Recorded in his homebuilt studio during lockdown, each track on ‘Modulations: EP2’ was performed in a single take and each has its roots in live improvisations. The tracks were originally conceived while touring and performing over the past few years and Heather has memorised each movement then subtly adapted adding more complexities and compositional dexterity over time. His approach to the new compositions, that he dubs ‘Pulse Music’, finds him playing freely, with no metronome or official notation to recall or dictate the piece but instead using just his muscle memory, feel and instinct to decide where each track will go.

Putting it into his own words Heather states:

“The EP is executed with the use of only solo piano and is a love story to the instrument that was my first passion, now that I finally have the piano I dreamed of! I have resisted the temptation to enter and add to the electronic music world I so adore on this release; instead, my current music acts as a lived reaction to music that is more machine than human, but not in opposition to it. To be minimalist in an age where you can do everything so easily, can also hold power, to focus on our strengths. I am still obsessed with the compositional possibilities within a raw song.”

‘Passing Soul’ flickers into life, like flecked paint on a canvas, slowly building and gliding in pace carrying a light melancholy and mildly dejected air. ‘Glimmer’ and ‘Metal Machina’ are moving, dramatic, propulsive piano soliloquies, whilst ‘Beginnings’ gradual ascent in dynamic and tonality indicates a turning point in the story of the EP. Closing track ‘Happy Tears’ glistens in a buoyant atmosphere, appearing softly out of the silence like the long-unheard music of an ornate, antique music box.

James Heather is a modern pianist and composer whose work is influenced in equal parts by electronic music, ambient, post-rock and drone as well as the icons of classical and jazz. Since 2017 he has been steadily releasing music on Ahead of Our Time (Ninja Tune founders Coldcut’s other label).

Since the release of his debut ‘Modulations: EP1’ and the subsequent full length, critically acclaimed album ‘Stories From Far Away on Piano’ Heather has amassed over 100 million streams on Spotify, reached number 2 on the UK Classical Album Charts in iTunes and gained major critical and fan support; notable supporters of Heather's music include James Lavelle (UNKLE), Nils Frahm, Cillian Murphy, Emika, Mumdance, PBDY (Brainfeeder) and The Cinematic Orchestra, who commissioned Heather to rework their single ‘A Caged Bird / Imitations Of Life’ for their 'To Believe' remix album for Ninja Tune in 2020. His high calibre 2018 ‘Reworks’ remix release, featured reworked original tracks by Sarah Davachi, DJ Seinfeld, Marry, Lattimore, Aparde, Chihei Hatakeyama and Echo Collective further cementing his position as an important figure in the modern classical scene and also highlighted his adroitness at bridging the gaps of his influences. He has collaborated with Dawn Richard, Mumdance and Roger Robinson (King Midas Sound.

The artwork for ‘Modulations: EP2’ is by long-time collaborator Suki. It was shot in the same, dark room that the EP was recorded in. Flowers were rigged up, and light painted using an ultraviolet torch. Absorbing ultraviolet light, the flower emits a visible glow to create an otherworldly dimension. Each flower is at a different stage of growth interpreting themes explored on the EP.

“James Heather’s debut album quietly announces him as a new contender in this world, a possible future heavyweight.” Arts Desk (Album of Day)

“Shimmers on the cusp of emotive melody and ambience” Mojo

Bandcamp Daily  your guide to the world of Bandcamp