← more from
Ahead of Our Time
Get fresh music recommendations delivered to your inbox every Friday.

Stories From Far Away On Piano 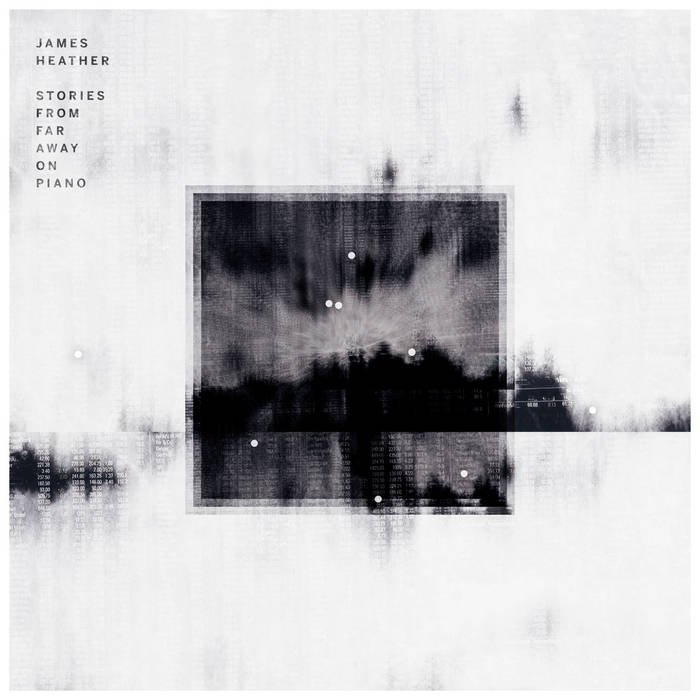 Nick Green Staggeringly beautiful and thanks to James for sending me the album on cd Favorite track: Empire Sounds.

Contemporary pianist James Heather presents his debut album - 'Stories From Far Away On Piano', on vinyl for the first time on May 4th 2018 via Ahead Of Our Time - Ninja Tune founders Coldcut’s first label. This follows the successful release of the album digitally in August 2017, reaching No.2 in the classical charts on iTunes and over 20 million plays on Spotify. Since the release, Heather has been playing live shows ranging from the Greenpeace stage at Glastonbury to the National Concert Hall in Dublin. He was also handpicked by Laura Marling to support at her Brit Awards/War Child gig, whilst other supports have included Jóhann Jóhannsson and Lubomyr Melnyk (Erased Tapes). Heather is currently composing a score for Iskra Strings (Radiohead, The xx & Ólafur Arnalds) for his headline show at St Pancras Old Church in London on 9th May 2018.

On the surface ‘Stories From Far Away On Piano”s solo minimal piano pieces have a simple, innate beauty, but there’s also a stark intensity simmering within, as the emotional landscape shifts from harrowing, sad, optimistic, to fascinating. Heather has spent many years honing composition before stepping out and making his fresh take on solo piano public. He takes influence from electronic music in structure, ambience and melody, whilst also utilising a classical and jazz grounding. The album’s concept meanwhile centres on Heather’s interpretations of real world stories he read in the news, while composing.

Isis jihadists hijacking the Facebook account of an executed female activist in Syria, the British Empire’s imprisonment of Boers in South African concentration camps and the undiscovered remains of a disappeared Malaysia Airlines jet in the Indian Ocean, were sources of inspiration translated into abstract musical forms. Other catalysts include the terror suspect who had a change of heart at the last minute on taking part in the Paris attacks, and the Los Angeles man freed after 16 years in prison, having been wrongly identified by having the same teardrop tattoo as the offender.

The black and white album art by Suki features layers of Indian ink bled into newspaper print, repeatedly scanned and treated to interpret the recirculation of information. It also plots the nine latitude and longitude locations where each story came from, forming an abstract world - reinterpreting place into something less literal and more expressive.

The only piece breaking from the world news-based theme is ‘Pathos’, where Peckham in London is given as the location and the area where the album was recorded. The piece, as Heather explains, encapsulates an aim of the album. "Pathos is an appeal to emotion, a way of bringing the listener in, to evoke an empathetic response,” he says, adding “this is my interpretation of stories I discovered. The stories themselves are not the focus, but the piano assimilation is, as the album is about viewpoint, opinion and perspective.”

Perspective is something Heather has in abundance; he nearly died in a traumatic road traffic accident in 2008, leaving him in a coma in intensive care and then off work for an textended time. One permanent injury was his finger, which became skewed in the crash. He was unsure if he’d ever be able to play to the same standard again. “When I eventually started to recover I began taking my musical sketches more seriously. I found solitude channeling my feelings into compositions.”

James Heather is one of the new school set of ‘post classical’ artists flourishing in the wake of the long, steady but recently accelerated success of figureheads like Max Richter and Nils Frahm, and the wider public’s overdue but now burgeoning relationship with this varied genre.

“James Heather’s debut album quietly announces him as a new contender in this world, a possible future heavyweight.” Arts Desk (Album of Day)

“Shimmers on the cusp of emotive melody and ambience” Mojo

Bandcamp Daily  your guide to the world of Bandcamp